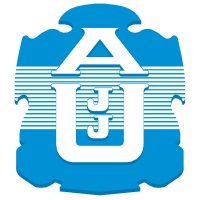 -You don't speak "america". You speak ENGLISH, a language that comes from Europe (which you hate so much).

-You brag about them being 300 pound men, but they can't play longer than 8 seconds... Yeah, strong men! I guess half of that weight is their equipment that makes it possible only for spoiled rich kids.

-You are the only country that allows women to wear shorts? We've got a saying in my country about this: "You can't see farther than your nose".

-As for basketball, it's great in Europe, and most countries are as good as USA in basketball.

-Your men are busy playing real sports? Like the american football in which they play for 8 seconds... Yeah real men. While the guys that play football stay on the pitch twice x 45 minutes.

-Beckham, nobody "gave" it to you, they bought him and he played extremely well.

Seriously man, I like american football, i LOVE USA, but your retardness makes me talk like this about it...

I'm a Chelsea FC fan, but in my country, I support Shkendija FC.

seems like American are rejected here, because they are too stupid to know that football = sport with foot and play with ball.

team i support each country:

Germany: Who played against Bayern Munich

My favourite clubs are FK Vardar Skopje (Macedonia) and Arsenal I also have a soft spot for Arsenal, mainly because I used to study and live in North London. I used to work there too as a bartender lol.

I don’t care what they call it in other lands — I speak America.

Sorry, Couldn't get passed this point

You are traitor! Why don't you support CSKA or Levski Sofia instead of Barça?

By the way, I am a proud supporter of Galatasaray from Istanbul.

Peace at Home, Peace in the World.

Since im from Sweden my favourite team is: