4 replies to this topic

So... eRepublik is at a Point at which it has become boring.

Nothing really new, the economy is boring and one-sided, the military is ruledand ruined by exploiters who have 100k+ Strength in D1, newbies are chanceless.

To sum it up, problems are the following:

- Division System by XP is unfair to newbies

- The game is not fun anymore every day and every week is the same (e.g. the weekly challanged, it used to change from week to week)

- Small countries being oppressed, making players leave the country or the game entirely

To fight the first three problems at once, limit the weapon quality each division is allowed to use.

This would force high strength players who hunt all the BHs and make newbie's life hard outside D1, because

This means that it is useless for D1, they have to fight without weapons, get XP and enter D2.

Then D2-D3 are for the exploiters using the experience inhibitor, however D1 is only for newbies.

Where newbies can fight each other, earn BHs and CHs, have an actual (but not too large) impact on the campaigns, feel like being a part of the game and having a chance to survive and build something up.

A positive side effect is that they don't have to (or can) pay for weapons to have an advantage over each other. This makes the poorest players save some money.

Also people would finally start to consume lower Quality weapons (Q3 and Q6 mostly...) and so, people would produce them again.

This would diversify the Weapon industry and make the economy at least a bit more interesting.

I posted this Idea earlier, but want to try it again.

Award XP for Winning BHs or CHs to slowly force "too successful" fighters into higher Divisions where they belong to. Also it is a nice Reward for those who already are in D4.

per BH or CH. Additionally multipliers like "4x/8x/10x more Gold on BHs/CHs" should also apply to the XP awarded.

3. Give small Countires a defensive Bonus

When an attacked Country (or when in an RW) has 25% or less the population of the attacker, it gets 0.25 more Determination Bonus.

This way, these countries are not too easy to invade. A big country has to either put more afford into it or don't attack, because it's not worth it.

Another possibility is that in RWs, the Resistance gets like 0.02-0.05 Determination Bonus for each foreign Region the oppressing Country has captured.

The more foreign regions you have, the harder is each one to hold.

This is very realistic, because the Mongolian Empire collapsed, because it grew too huge and fast.

The weekly challange is always the same and the rewards are not interesting.

There might be some events where this changes, but they became rarer and rarer, also more and more boring.

The last Changelog of the Weekly Challange is more than a year ago, from Day 2625.

From then, it stayed the same. It saved some work to change it from week to week and prevents mistakes being made,

but it has become boring and also less rewarding btw...

Maybe there should be one or two weeks with an additional +10HP/6 Minutes at low PP to boost the economy a bit.

When there are weeks with special events (I name them "X"), the order whould be like that:

My ideas might not be perfect, some might not even be good, but at least it is better then everything what has been done this year.

The eRepublik developement progress feels like and I don't mean it badly: 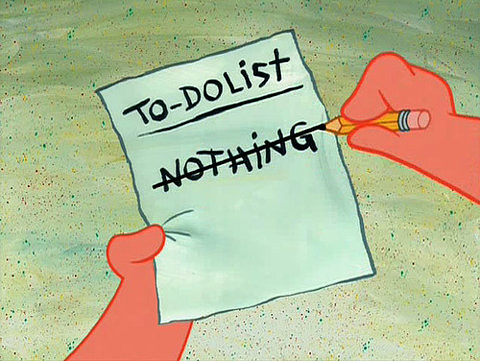 There are things being done to the game, but not permanent changes that have an actual impact on the gameplay. Even Q6/Q7 Houses aren't implemented yet.

1. Has already happened to a degree with the ghost booster. There's not much sense in low strength players using weapons and so Q7 weapon prices are in freefall, which is also another nail in the coffin of the economy. I do like the idea though, especially if married with the idea I've heard  of strength based divisions. It would bring more realism and more closely matched competitions within divisions, and would be a much better fix than the ghost booster which is also confirming for newer players that there's no point trying to train up because they're never going to be able to compete at the top of even D1 in the present system.

2. Is I think better fixed by what I referenced in one.

3. Would lack realism. I much prefer something like these:

Smaller countries with smaller populations should be vulnerable. There should be something like what happens in Risk though, the more territories you are spread over, the more your population and strength is divided between each region, which would be reflected in battle determinations.

An externally installed dictator requires all regions to be wiped, with the dictator coming from the invading MU or country.

An internally installed dictator must be a citizen and the instillation or the removal of one requires either a national vote to set the determination as for or against, and/or a battle fought between national MUs, with each taking a side.

Along with this there could be the possibility of deportation and statelessness. Essentially a MU could become rogue. There could be quite a few details to work out there as to how it operates.

We are already producing too large a quantity of weapons, we need to get rid of them somehow, not inhibit their use.

Additional experience to D4 players will only make them more OP, since they receive large amounts of gold, energy bars and free training when leveling up.

Also tagged with one or more of these keywords: Military, Divisions, Economy, XP, Weapons