10 replies to this topic

The game had evolved throw the years. But as any game it needs constant  update, i understand it takes a lot of time and money, fear that the community will not like it, etc.

I am suggesting economic reforms, i would like to see the government investing in railroads, highway, hospitals. They would cost a hell lot of money but they will improve the production in specific province (region), recovering hp rate, and such. I think that the rich players can invest, and get actions "shere", the percentage of there investment. 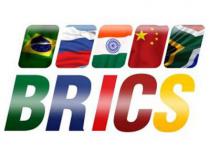 An investment/banking market would be great. Individual players could even be assigned a credit rating based on what they'd borrowed and repayed before. Presently this is one of the many things which are organised outside the mechanics to make up for a lack of mechanics. Here's a short list off the top of my head:

extra rewards given by countries, parties, or MUs for specific in game activities

customised votes which can be used for non-mechanical items

We did have hospitals and bunkers Q1 to Q4. eSweden once had Q4 hospitals and Q4 bunkers in all regions. I do not think any other country managed to have that, maybe eRomania also made it.

The hospitals speeded up health recovery and the bunkers gave defence bonus of that region.

Did I mention that the game was better before? At least for eSweden..

citizens can only sell goods in foregin markets if the country has built a harbor!

citizens can only travel to states the have a maintained road system / airport.

I'm not saying that this idea is bad nor feeling pessimistic about this idea. But,

I'm not sure that this update will not bring even more capitalism gap between rich and meh country... In some cases, MPPs will solve it... But, somehow i'm not sure...

Signature removed. Please follow the rules, as defined in the Rules.

Well not really... I love being creative.

Good read, but I think the economy is long dead and there is no hope to revive it.

Good read, but I think the economy is long dead and there is no hope to revive it.

But ask yourself - how can Plato turn these ideas into rubbish ones, whose only intention is to attract VISA players by charging gold?

If you work that bit out, I'm sure Plato will be all ears.

Also tagged with one or more of these keywords: economy, reforms, shere, civil, investment