20 replies to this topic

We are pleased to introduce new profile cards inspired by the work of the Community. The cards will pop up if you hover a citizen’s nick in various places across eRepublik.com 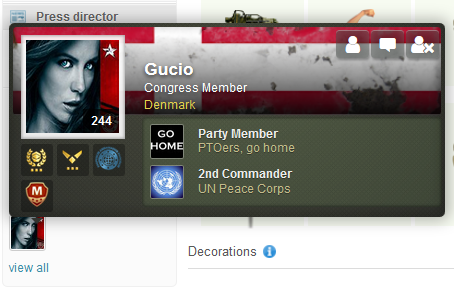 Also, in response to the Community’s requests regarding Dictatorship, we decided to make some changes regarding the mechanics of opening a Civil War (liberation war included).
First of all, from now on you have to be a level 25 Citizen in order to create a Military Unit. Furthermore, in order to open a Civil War, a Military Unit needs to be at least 60 days old. Only commanders who are in charge of such military units for at least 14 days and have reached experience level 25 can start Civil Wars. The Dictatorship mechanics have also been revised and a Daily Dictatorship Upkeep cost will be introduced.

In order for the dictator to remain in power, a daily currency fee will be automatically deducted from the Country’s Treasury. If the payment can not be done, Democracy will be reinstated automatically and Dictatorship will be removed without any liberation war. The amount of money needed for the Daily Dictatorship Upkeep will be 50% of a Country’s Income, with a minimum value of 25 Gold at Monetary Market Exchange Rate.

The Upkeep will be in effect starting 31st of March 2017 (Day 3,419), thus giving all countries time to set their political affairs in order.

Few hours ago a security vulnerability has been disclosed in one of our service providers. Cloudflare, a popular content delivery network used by more than 5.5 million sites that we use to reduce exposure to DDOS attacks, announced that under certain circumstances sensitive information such as HTTP cookies, authentication tokens, HTTP POST bodies has been accidentally leaked due to a bug. Cloudflare has since fixed the issues at the heart of the problem.

While there is no evidence that erepublik.com was affected, nor that the vulnerabilities were exploited by hackers, we have invalidated all our citizens session identifiers. We would also like to remind you that you should use unique, strong passwords, for each account/site and change it once a potential vulnerability is disclosed, even in cases that look benign (citizens that exclusively Facebook sign in are not affected).

This cost is not as prohibitive as I hoped maybe its best just to delete the entire Dictatorship Module.

About the changes in the Dictatorship mechanics, i have one doubt.

The gold that 'll be deducted from Country's Treasury, will be recovered, or lost forever?

Deleting the Dictatorship Module once and for good would have been a better option, but I guess this is an important step in the good direction.

The dictator module has greatly damaged direct involvement of the citizens in the political structure. It has become dull and tiresome. Get rid of the dictatorship module or greatly increase the carrying cost.

Now people will have to find something new to complain about.

This is stupid. Either have dictatorships or don't.

The dictator module when it is applied it kills the political module away from the users of the game, some of them abandoning it.
I have the opinion that this module was very bad for us users.
Changes in the way the TOP5 of political parties are set up, would be interesting, where the biggest party is not those with larger affiliates, the more active affiliated members (number of votes for political party president in the current month).

The dictator module has greatly damaged direct involvement of the citizens in the political structure. It has become dull and tiresome. Get rid of the dictatorship module or greatly increase the carrying cost.

50% of the income for upkeep. is this not enough?

so it will be pretty much hit, drain the piled cc and gold and run

and declare a war in between

so lemme get this straight, first, they take our congress, and now theyre gonna drain our bank until its empty? 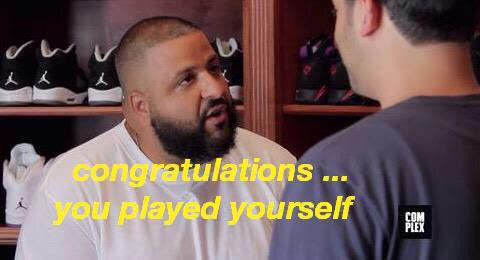 When you know the dictatorship module was a mistake, but you can't just remove it, so you nerf it to the ground.

Congrats, this is a very good change, please continue for this way.

If any country with dictatorship don`t want to pay for it should they put all their money (esp and gold) out of their CT or they have an option to return to democracy and keep some money in their CT?

Just delete the dictatorship module and be done with it.

We never see a big country being taken over from the exterior, because when somebody tried it, the whole world united against the takeover.

While at it, give a minimal congress to deleted countries, and remove the top5 party limitation for congress. That made sense when elections were done in regions, nowadays it only generates multies by parties trying to stay in the top5.

wait wat so the first day this will be in effect is the 1st of April. Nicely played Plato.

Please stop counting our donations for the upkeep as income, that way, you are charging us twice.

Please stop counting our donations for the upkeep as income, that way, you are charging us twice.

Although my role in the game is to be a loyal democrat, the dictatorship system is still a great feature for eRepublik as long as you don't cripple the political module instead and, for that, my advice would be:

+ Keep the Congress Medal (and their 5 golds to the elected congressman) in the dictatorship system.

+ Keep the Congress still functional in dictatorship with some limitations (i.e. allow the dictator to veto any law launched by congressmen)

+ After you made the previous points, retire the current upkeep and strengthen the requirements to begin a Civil War (specially, to forbid foreigners to launch it and go up the level requirement to create a MU to level 30)

Oh! I forgot to add another requirement I propose:

+ The MU Commander who wants to launch the coup must also be Party President.